2018 has been an amazing year… filled with great products, projects and messages. See the best of 2018 in the form of our most read blog posts.

2. Bringing literacy to the playground
The Loft family has grown to include the Fire Station and Market Cafe with even more developmentally appropriate activities including literacy prompts.

3. How to design nature playground environments
Design a playground or outdoor learning environment that encourages kids (and their families) to be outside and reconnect with nature.

4. Five considerations for your toddler and preschool playground
To help you create a dream playground for your daycare or preschool that focuses on toddlers’ developmental needs in mind, we created a fun infographic.

5. Big fun comes in small packages
Smart Play® playstructures pack a lot of activities into compact structures, taking kids from early crawling exploration on up to active climbing and social play to a challenging course for older children.

Thank you for tuning in to Together We Play in 2018. We’re looking forward to an exciting year of play; tell us below what you’d like to see more of in 2019 and we’ll do our best to share it here. 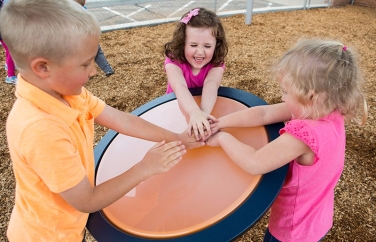 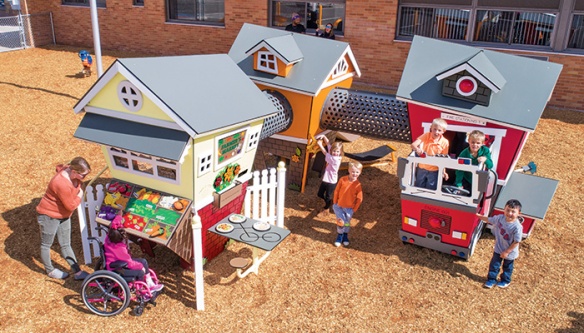 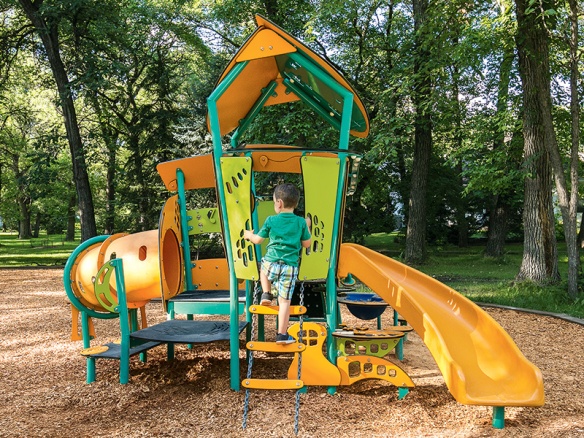 Each Smart Play playstructure makes the most efficient use of materials to create a large number of activities. For example, cut-outs from panels are used to create activity components found elsewhere on the playstructure. And the compact size of these structures requires less space and surfacing materials than typical playgrounds resulting in a lower total investment. That means Smart Play playstructures are ideal for tight spaces and tight budgets, too.

Smart Play structures are preconfigured and designed with your choice of color. All at a smart price. Lots of Smart Play options are available for kids ages 6 months to 12 years:

See Centre in action below, and visit playlsi.com for more details.

We’re excited to expand the Smart Play® line of playstructures with designs especially for toddlers and preschoolers. Introduced in 2017, Loft delivers interactive elements to engage developing minds and bodies. And now, the Loft family has grown to include the Fire Station and Market Cafe to further encourage social and imaginative play for 2- to 5-year-olds.

With the Fire Station, kids can take control at the wheel, pet Sparky the friendly fire dog or slide down to their next adventure. There’s plenty more to keep them busy including an object find game, a bell and a gear shift, and a fun mirror that shows them how they’d look in uniform. 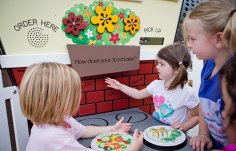 The Market Cafe lets little ones take turns placing meal orders, dining with friends and talking about healthy food choices. Among lots of activities, kids can make pictures in the image panel, bing-bong the apple bell and chat about food colors and tastes.

Double the fun by connecting any two of these Smart Play playstructures–Loft, Fire Station or Market Cafe–with an elevated crawl tunnel to enhance the imaginative fun and physical activity levels. Or connect all three to create the Centre for kids to explore and stay active. 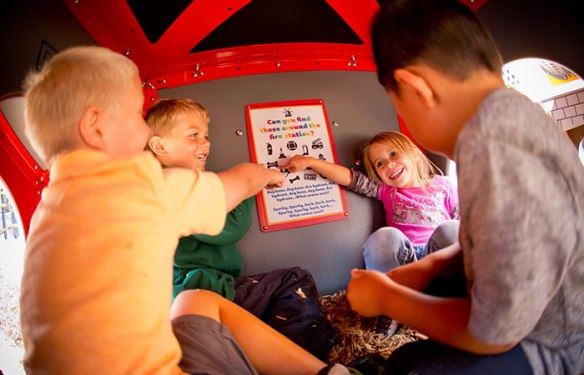 Best of all, with guidance from the National Head Start Association and Too Small to Fail, developmentally appropriate activities including literacy prompts were incorporated throughout the designs to engage children and adults in language-rich conversations.

See Centre in action below, and go to playlsi.com for more details about the Smart Play line.

Toddlers and preschoolers always find new, but not always safe, ways to play. That’s why we make playground safety a top priority by creating age- and developmentally appropriate products like our Smart Play® playstructures.  The Smart Play designs specifically for toddlers and preschoolers are packed with play activities to help build their senses, and motor and cognitive skills. See below for more details about these designs: 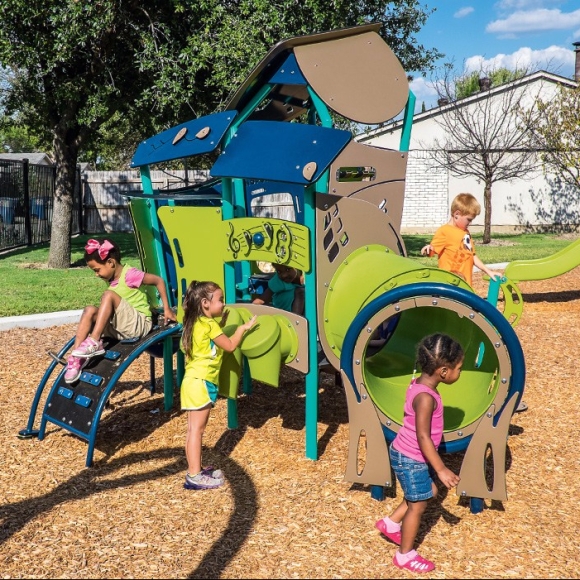 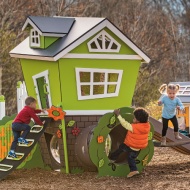 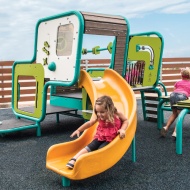 Even more, we’ve partnered with Too Small to Fail to create language-rich playgrounds using their Talking is Teaching creative content on panels and signage throughout the playground. These literacy panels will encourage parent-child conversations to help prepare children for success in school and beyond.

Learn more about how to create a dream playground for toddlers and preschoolers at playlsi.com, and get started on an early childhood playground design by contacting us here.

In 2016, we introduced Smart Play®: Venti™, a smartly designed playstructure that packs 20 exciting activities into its compact size. Today, we’re happy to have Tory Roff, concept designer at Landscape Structures, as our guest blogger discussing how he and the product development team created the newest addition to our Smart Play line of playstructures.

The idea for the Smart Play line of playstructures was more an ethos about playgrounds as a whole… about creating a cohesive play environment. The criteria for this playground solution was a small footprint and budget, but a desire to serve a large population. So, we started with a blank slate without any rules, and asked ourselves how to design an environment that invites a dynamic play experience.

The design started with the Cargo Net and strategically set the height of it so there is room for play underneath, allowing it to work as a trampoline above and it also acts as a hub for the rest of the play space. We built out from there in respect to circuits and routes so there are different ways to engage the whole of the system. Graduated challenge is built into Smart Play: Venti so that kids with a higher skill level can find challenges and still have a way to invent from it.

We spent a lot of time in the model space—virtual and scale models—working out the dimensions of the structure to really understand how every piece could be doing more. In modular playgrounds, a fire pole is always a fire pole. But good design considers what programming is happening around the fire pole so that kids can create another route and link two events as a cohesive experience rather than a series of segmented happenings. And that’s what’s happening with Smart Play: Venti. The Cabin Climber is an interior club house and an exterior ladder. The pods on the Cargo Net are a way-finding option through the structure, but also a place to stop and hang out. The Belt Hammock is a space for lounging, but also an escape route—it’s not big, it’s not obvious, but it is there.

I was able to talk with students at Birchview Elementary School while they played, and they talked about their friend, Michael, who uses a mobility device. They were excited that he can actually use this equipment, and how it’s his favorite on the playground. Because the design is less scripted, there’s less expectation of how a user actually engages it. Smart Play: Venti allows for more natural inclusion through the addition of many access points and a centralized hangout location, which was one of our primary goals during the design process.

There is enough variety of activities in the playstructure so that kids feel like they can fill in the blank however they want. As designers, we had ideas and hopes of how everything would play out. But you have to engage it from a place of humility and know that there isn’t such a thing as intended use. Kids are infinitely more creative than we are, so it’s important that we give them a platform to express that.