We’re excited to share that the Kiwanis Club of Ottawa, Ill., the 2015 winner of the Legacy of Play Contest, celebrated the grand opening of its PROJECT INCLUSIVE playground on Saturday, Oct. 15. The event brought together children and families of all abilities, and it’s just the first of many future play dates. PROJECT INCLUSIVE Playground features a ramped playstructure with various sensory-stimulating activities as well as freestanding play components like the Sway Fun® glider, OmniSpin® spinner, We-saw™, Roller Table™ and more.

Ottawa, Ill., is home to more than 18,500 people, and 13 percent of the community’s children live with a disability. Congratulations to the Kiwanis Club of Ottawa and everyone that was involved with this amazing inclusive playground project! 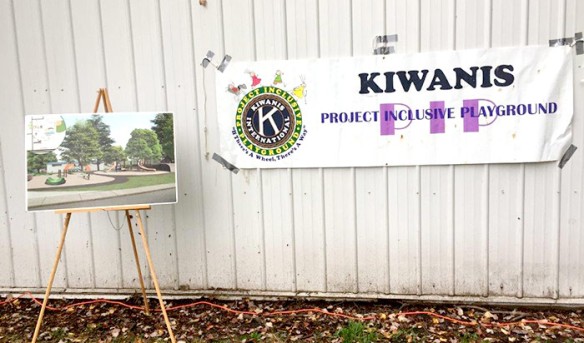 Earlier this year, we hosted the Legacy of Play Contest along with Kiwanis International to bring a playground to a deserving community. The winner of the contest was the Kiwanis of Ottawa, Ill., who received $25,000 in Landscape Structures playground equipment.

Ottawa, Ill., is home to more than 18,500 people, and 13 percent of the community’s children live with a disability. However, Ottawa does not have a park that welcomes children of all abilities. In order to change that a group of volunteers founded PROJECT INCLUSIVE, and their first project was to build an inclusive playground in an existing city park. The goal of the project is to reimagine an area that fosters relationships, family and pride—allowing PROJECT INCLUSIVE to shine for all members of the community. 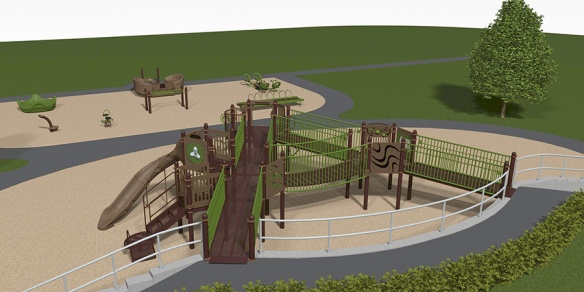 Now, six months after the Legacy of Play Contest award was presented to the Kiwanis of Ottawa, Ill., the group is well on their way to making their dream a reality. PROJECT INCLUSIVE is developing the project in two phases—first, the freestanding play components and second, the inclusive playstructure. And if all goes as planned, the community of Ottawa will have the start of their inclusive playground by early next summer!